You are here: Things to Do > Rjukan - Notodden on UNESCOs world heritage list 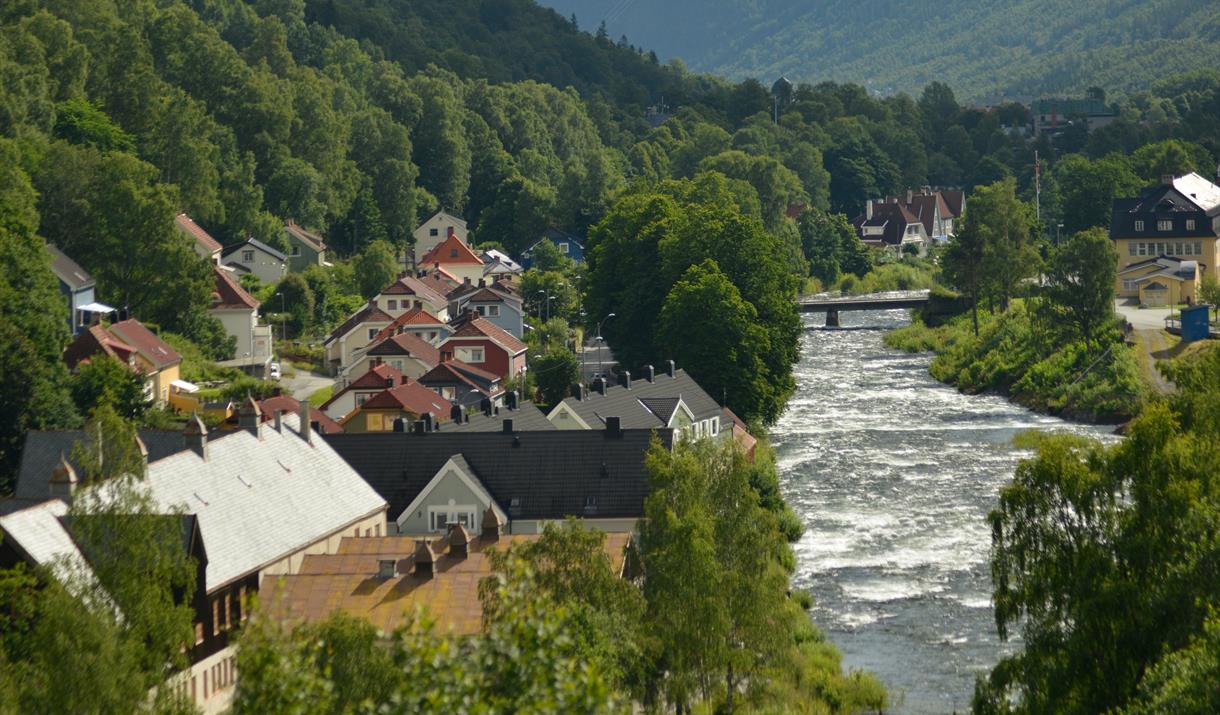 Rjukan is on the UNESCO's nomination list. Here you can read a short story about the background of the nomination.

When Sam Eyde first saw Rjukanfossen (Rjukan´s waterfall) in 1888, he wasn´t only struck by the waterfall´s majesty. He was even more impressed by its power. «Think if that power could be used for something.» In 1903 Sam Eyde purchased the rights to Rjukanfossen.

Founder Eyde and scientist Professor Birkeland put their heads together. Sam Eyde wanted «the strongest lightning that was possible to obtain for the earth». With that Birkeland was able to help. Water power was made into electical power. That electric power created several thousand degrees in the Birkeland/Eyde oven.

That oven drew nitrogen out of the air, the nitrogen was conducted into heavy towers where it was sprinkled by water. After the water and nitrogen had reacted with each other between 32 tower structures, 44% potassium nitrate resulted at the other end. This potassium nitrate was transferred to the workplace «Little Hell» where calcium was added, resulting in fertilizer, a product that would contribute to feeding the whole world.

In 1905 the organization Norsk Hydro was established with its head office in Notodden. In 1907 the decision was made to build a factory and the town of Rjukan.

There were both technical, economic and political uncertainty connected to the power line of the electric facility, and Hydro decided to build the factory and the town close to the power source, the waterfall Rjukanfoss.

In 1909 the King Håkon Rjukanbanen was opened as a transport link with a railway and a railway ferry from Rjukan via Notodden to Porsgrunn – the gateway to the world market.

In 1911 the worlds biggest electrical power plant was finished at Vermork, and the first barrel of fertilizer was exported. In 1915, an even bigger facility was built in Rjukan. With the completion of Saaheim, production was in full swing.

In 1920 the construction of Rjukan was finished. A town built from scratch, Rjukan had been transformed from a poor farming community with a population of 100 in 1907, to a modern industrial town with over 10,000 inhabitants 13 years later. There is no other town in Norway that grew into a modern industrial city so quickly. And the standard was high: as of 1912 every household was equipped with a flushing toilet.

These events marked the beginning of the modern industrial revolution in Norway, and the inception of the welfare state.

As a World Heritage site, we can tell the history of water made into electrical power on its way from the mountains to the sea; of the electrical power that developed the foundation for industry and workplaces for the people; and of the development of the welfare state in Norway – from the poorest country to the richest within 100 years.

© visitRjukan AS 2022. All Rights Reserved